TEHRAN (Basirat)- 'Before they draw their first breath, the life chances of poor and excluded children are often being shaped by inequities,' says UNICEF 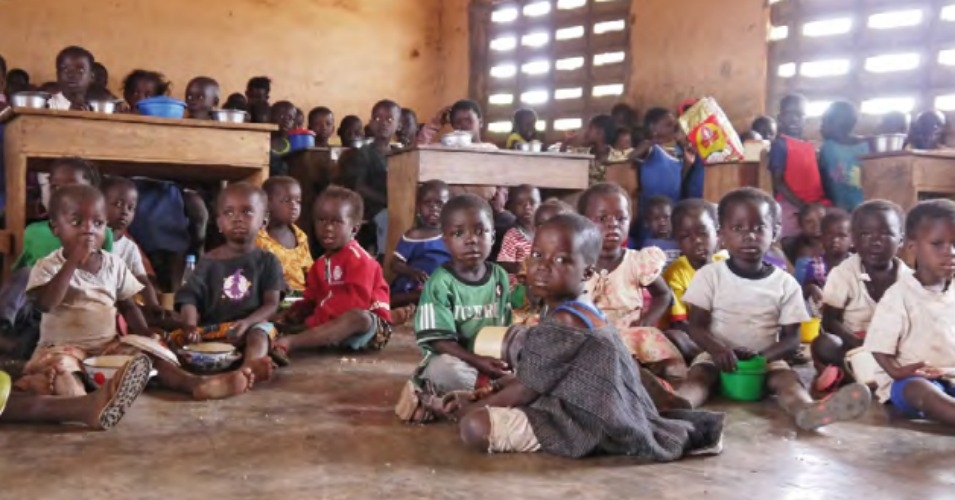 Global inequality—"a vicious cycle of disadvantage"—threatens the lives and futures of tens of millions of children around the world, according to a new report from UNICEF.

The annual State of the World's Children report, released Tuesday, warns that unless serious steps are taken to narrow the gap between the rich and poor, 69 million children under five will die from mostly preventable causes, 167 million children will live in poverty, and 750 million women will have been married as children by 2030.

"As we look around the world today, we're confronted with an uncomfortable but undeniable truth: Millions of children's lives are blighted, for no other reason than the country, the community, the gender or the circumstances into which they are born," UNICEF executive director Anthony Lake writes in his introduction to the report (pdf).

"Before they draw their first breath," he continues, "the life chances of poor and excluded children are often being shaped by inequities. Disadvantage and discrimination against their communities and families will help determine whether they live or die, whether they have a chance to learn and later earn a decent living. Conflicts, crises and climate-related disasters deepen their deprivation and diminish their potential."

Nowhere is the situation "grimmer" than in sub-Saharan Africa, the report finds, where at least 247 million children—or 2 in 3—live in multidimensional poverty. By 2030, fully 9 out of 10 children in this region will be living in extreme poverty.

As UNICEF notes, "[f]or children and adolescents, poverty is about more than money. They experience it in the form of deprivations that affect multiple aspects of their lives—including their chances of attending school, being well nourished, and having access to health care, safe drinking water and sanitation.

"Taken together," the report reads, "these deprivations effectively cut childhood short, robbing millions of children of the very things that define what it is to be a child: play, laughter, growth and learning."

Coming less than a year after world governments signed onto 17 Sustainable Development Goals that aim to "leave no one behind," the findings are "another example of where the gap between the rhetoric of leaving no one behind, and the reality of what donors and governments do is very, very stark," lead report author Kevin Watkins told the Guardian.

"The truth is that governments have signed up to these commitments on leaving no one behind with absolutely no intention, for the most part, of doing anything that will promote the interests of those who are being left behind," he said. "The challenge really is how do we use this new framing, the 'no one left behind' language...to galvanize the movement that can push governments to deliver."

Among UNICEF's recommendations to tackle the crisis are increased investment in vaccines, insecticide-treated mosquito nets, and nutritional supplements for the most excluded children and communities; cash transfers that enable children to stay in school longer; and "an integrated approach to development and humanitarian action" that recognizes the overlapping nature of global crises.

As Lake says in his introduction: "Inequity is not inevitable. Inequality is a choice. Promoting equity—a fair chance for every child, for all children—is also a choice. A choice we can make, and must make."