Trump’s Pressures Not to Bring Iran Back to Nuclear Negotiating Table: Shamkhani 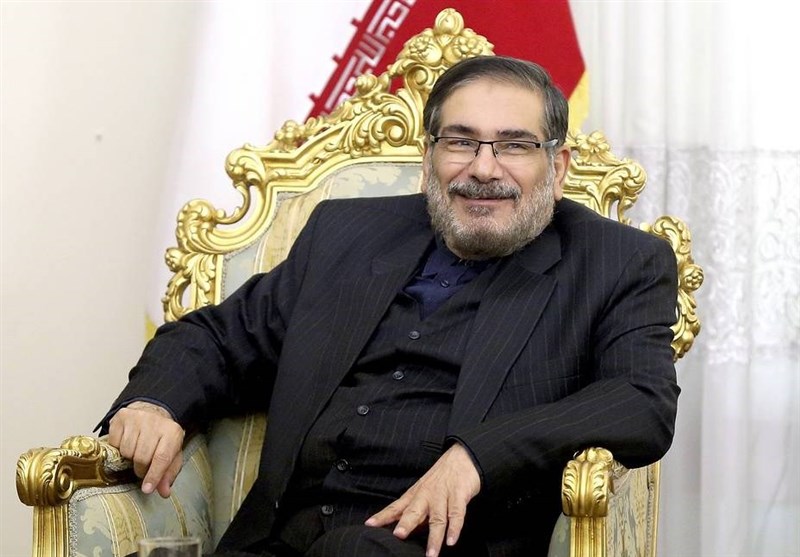 In an interview with NBC News, Shamkhani, who rarely speaks to the Western press, said that there were people in Iran who felt that signing the 2015 nuclear pact, known as the JCPOA, was a mistake.
Asked if he was one of those people, Shamkhani said, "Yes. … I'm just following the viewpoints of my nation, the people of Iran."
In the interview with "NBC Nightly News" from Tehran on Monday, Shamkhani painted the US as the aggressor and prime source of tension in the region and warned the US to "act with wisdom."
He said the Trump administration's "maximum pressure" campaign against Iran would not bring Iran to heel or bring it back to the nuclear negotiating table.
"The sanctions campaign is not for negotiation, it's for making us surrender," said Shamkhani. "As long as this approach is taken by the United States, Iran will never ever seek negotiations."
"We had a case of successful negotiations with the JCPOA. How come the United States departed from it?"
Shamkhani said the Iranian public has long dealt with international sanctions and proof of the failure of Trump administration policy was obvious in the mood on the street.
"Just walk the streets of Tehran and see how energetic our people are and you will realize that (what the US has) been trying to achieve has not materialized."
According to Shamkhani, Iran is a stabilizing force, whose "martyrs" sacrificed their lives and defeated terrorist groups like al Qaeda and Daesh (ISIS or ISIL). He emphasized Iran's role as a guarantor of security in the region.
He denied Iran is seeking nuclear weapons, since he said they are forbidden under Islam and have not provided security to those who have them, like Israel. He also denied that he had a "military wish" for Israel's destruction, saying the Palestinian people would decide Israel's fate.
"I believe that the one that is seeking the destruction of Israel is the country that does not see the realities on the ground," said Shamkhani, taking a swipe at the Trump team's Israel policies and Trump adviser Jared Kushner's Middle East peace initiative. "They declare al Quds, or Jerusalem, as the capital of Israel. They pursue the 'Deal of the Century' project."
To the Iranians, said Shamkhani, Trump seems to want the same things as all his predecessors as US president, which is to diminish Iran's influence.
But Trump, said Shamkhani, managed to forfeit the "achievement " of "neutralizing Iranian nuclear technology" by gutting the JCPOA.
Iran, said Shamkhani, is not basing its decisions on US policy on who is president, or on the possibility that Trump will not serve a second term. But he said that he thinks Trump's "maximum pressure" campaign is failing because the US public and Western allies are "questioning" his leadership.
Trump's recent decision not to attack Iran after the downing of a US drone, said Shamkhani, was driven by a "calculation of cost and benefits."
Should the US and Iran become engaged in an open military conflict, Shamkhani said that Iran has "multiple instruments at hand, including the proxy war," but he did not specify who those proxies might be. Iran is a long-time supporter of Hezbollah, Hamas and Yemen's Houthi movement.
Both the US and its regional allies would be in "a terrible situation" in the event of war, said Shamkhani.
"There is no doubt that the already tarnished image of the United States will be even further destroyed in the region and the whole world. Why do they basically threaten to launch a war against us?" he added.