TEHRAN (Basirat) : The enemies of Iran have been given warnings, defeated and humiliated on the ground, at sea, and in the air, Commander of the Islamic Revolution Guards Corps (IRGC) Major General Hossein Salami said. 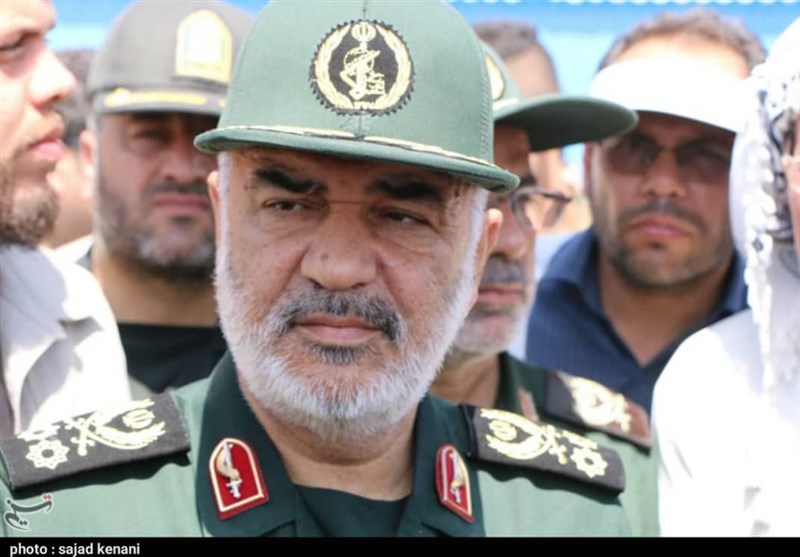 In an address in Iran’s southwestern city of Yasooj on Thursday, Major General Salami said the Islamic Revolution has not only defeated the enemies, but also embarrassed and humiliated them.
“We threatened the enemies outside the borders, at the border, in the sea, in the skies and wherever they were present, and they were put in their place and realized that they should not struggle with this (Iranian) nation,” he added.
Elsewhere in his remarks, the commander said that the IRGC’s activities have not been confined to the fight against the US, Israel, the UK and their allies and mercenaries, but it also struggles to combat poverty and underdevelopment.
“Our dignity derives from the nation, as this nation has proved that the more the enemy exerts pressure, the more success the nation achieves,” Major General Salami added.
In August, Commander of the Iranian Navy Rear Admiral Hossein Khanzadi advised the enemies to leave the region immediately to avoid a humiliating withdrawal.
The IRGC chief’s remarks came against the backdrop of increased tensions between Iran and the US after the Islamic Republic shot down an advanced US spy drone over its territorial waters.
The IRGC said on June 20 that a US spy drone that violated the Iranian territorial airspace in the early hours of the day was shot down by the IRGC Aerospace Force’s air defense unit near the Kooh-e-Mobarak region in the southern province of Hormozgan.
The intruding drone was reportedly shot by Iran’s homegrown air defense missile system “Khordad-3rd”.