Axis of Resistance Response to Gen. Soleimani Assassination Will Be Decisive: Hezbollah Official

TEHRAN(Basirat): Mohamed Raad, an official with the Lebanese resistance movement Hezbollah said the response of the axis of resistance to the killing of IRGC Quds Force Commander Qassem Soleimani in a US air strike will be decisive. 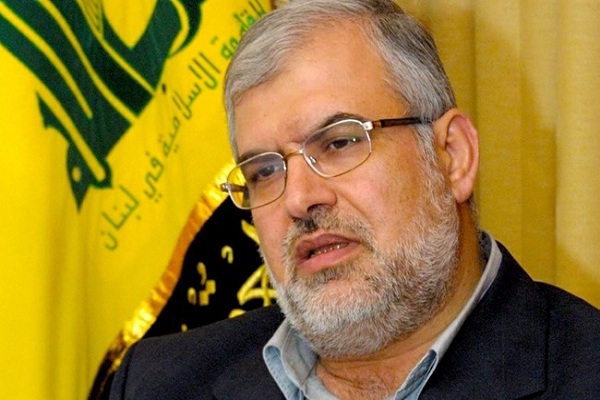 The leader of Hezbollah’s parliamentary bloc in Lebanon added that the United States “made an error” in targeting General Soleimani and that they will recognize that in the coming days, al-Mayadeen TV reported.

General Soleimani, the deputy head of Iraq’s Hashd al-Shaabi, and a number of their entourage were killed in a strike by American drones near Baghdad International Airport in the early hours of Friday.

The White House and the Pentagon confirmed the assassination of General Soleimani in Iraq, saying the attack was carried out at the direction of US President Donald Trump.

In a message on Friday, Leader of the Islamic Revolution Ayatollah Seyed Ali Khamenei offered condolences to the Iranian nation over the martyrdom of Major General Soleimani, and said harsh revenge awaits those who assassinated the top commander.

“Martyr Soleimani is an international figure of the Resistance, and all the devotees of Resistance are now his avengers,” Ayatollah Khamenei said.