TEHRAN(Basirat): Western news agencies have disgracefully abandoned their claims to professional journalistic standards by openly calling for riots in Iran. 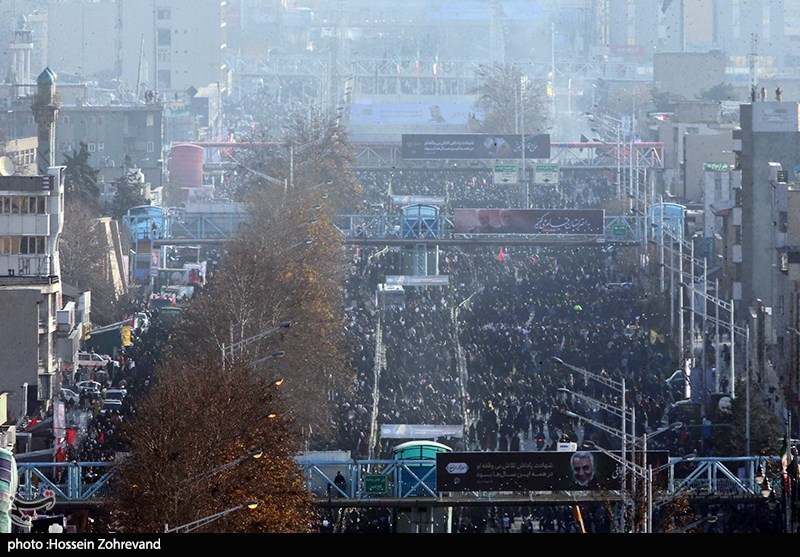 On Wednesday, British news agency Reuters cited posts on social media which it claimed were calling for fresh riots a week after the accidental downing of a passenger plane, saying they were "seeking to turn the aftermath of the crash into a sustained campaign against Iran’s leadership”.
"We’re coming to the streets,” the agency quoted one posting, claiming it urged "people to join nationwide demonstrations”.  Another post called for protests in the city of Hamadan, Reuters claimed.
Such a report from a news agency which claims accuracy and fairness as the hallmarks of its journalism is not unexpected.
Last month, Reuters claimed that 1,500 people had been killed in recent protests in Iran. Iranian officials vehemently dismissed the "fake news”, saying the British news agency had used the MKO terrorist group as the source of its report.
"Based on an old-fashioned policy, some media outlets make a lie colossal to make it believable,” Iranian Ambassador to London Hamid Baeidinejad said then.
"It is very questionable when a foreign media outlet with no correspondents or office in Iran claims to know the exact number of people killed in recent protests in the country,” the envoy added.
Reuters claimed that the figures had been provided "by three Iranian interior ministry officials,” without further elaboration or naming any of them.
Its Wednesday’s report, virtually calling for riots, followed the same pattern, where two ambiguous posts were claimed to be representing Iranians in the country of more than 82 million, calling for "fresh demonstrations”.
"It remains to be seen whether the protests will lead to sustained violence,” the news agency wrote as if of its much-cherished wishes.
Apparently conscious of the flimsy basis of its report, Reuters grudgingly admitted in between the lines that protests "appear to have been quieter” after allegedly several days of unrest.
Reuters does not have any correspondent in Iran and its claims of several days of unrest are based on images posted to the internet.
The reality on the streets in Tehran and elsewhere across Iran is generally normal life going on, but Reuters as well as French news agency AFC have desperately been trying to suggest that the country is grappling with serious unrest.
Even the initial protest in reaction to the accidental downing of the Ukrainian plane was limited to a fringe street in downtown Tehran with the participation of a few hundred people, including British Ambassador Robert Macaire.
But foreign media outlets have spuriously tried to whip up the plane and protest story in an apparent bid to push Iran’s strong response to the U.S. assassination of General Qassem Soleimani and rallies by tens of millions of Iranians in his honor to the periphery.
The Islamic Republic shut down
Reuters’ bureau in Tehran in 2012 after the news agency published a video story with the headline, "Thousands of female Ninjas train as Iran’s assassins.”
The video infuriated the Iranian girls simply interested in martial arts and their families who threatened to sue the news agency.
After having its bureau shut down in Tehran, Reuters has filed a number of what it usually calls exclusive reports which cite unnamed sources making bizarre claims against Iran.
Baeidinejad said last month Reuters’ permit was cancelled by Iran over the news agency’s "policy of manufacturing reports and generating lies”.
He cited an earlier report, which alleged that a high-level security meeting had been convened in Iran to decide on a potential attack on Saudi oil facilities. He said a United Nations report proved those allegations were wrong.
Baeidinejad said the agency’s approach well reflected remarks made by "the owner of the Zionist media empire Rupert Murdock, who declared years ago that Jewish-owned media outlets across the world had a duty to support Israel.”
Source: Kayhan
Error Report
0