TEHRAN(Basirat): A host of intellectuals, university professors and activists have condemned the recent move of an American domain registrar company which has blocked FNA’s main domain under US sanctions rules, describing the move as an epitome of the American style of “freedom of speech” which terrorizes media freedom to secure Washington’s interests. 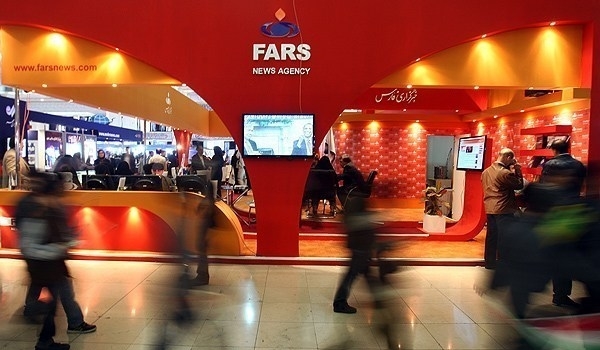 The registrar company that has been rendering service to the Fars News Agency blocked FNA's access to its .com domain on Friday and explained in an e-mail that the established regulations of the US Treasury Department’s Office of Foreign Assets Control (OFAC) and its list of Specially Designated Nationals (SDN) prohibit services to Fars News Agency.

The move came as neither the Fars News Agency (FNA) nor any of its directors and executives have ever been blacklisted in the Specially Designated Nationals and Blocked Persons List (SDNs) which is enforced by the US Treasury’s Office of Foreign Assets Control (OFAC), implying that the US unilateral sanctions that are illegal per se as they fall outside the UN Security Council and UN Charter have been used as an instrument to contain the voice of the Iranian news agency in a flagrant violation of human rights and freedom of expression.

Freedom of expression is a universal right enshrined in the Vienna Universal Declaration of Human Rights and many regard it as a basic right, experts and commentators hold.

In a late midnight tweet on Friday, Tehran University Professor Dr. Mohammad Marandi said, "Will western media defend freedom of speech? Will they admit the magnitude and significance of the protests in Baghdad yesterday? They will either remain silent or they will somehow justify the behavior of western regimes, as they wait for small pro-western protests to cling on to."

Will western media defend freedom of speech? Will they admit the magnitude & significance of the protests in Baghdad yesterday? They will either remain silent or they will somehow justify the behavior of western regimes, as they wait for small pro-western protests to cling on to. https://t.co/pytuhHy6EI

“I was really surprised that Americans blocked the FNA’s .com domain, however, this very same unjustifiable and anti-humanitarian move further contributes to this news agency’s reputation and influence domestically and internationally,” said Dr. Reza Qolami, a scholar in the field of humanities.

“It is the peak of the US’ brazenness,” Mojtaba Zareyee, an Iranian university professor said, adding that now “Iranian scholars and academicians are more grateful to FNA and its journalists for fighting against the US at the forefront of the soft warfare”.

“Following the US’ failures in its direct encounter with Iran, Washington is using shows like blocking the .com domain of FNA to fade away the impact of the major defeat of its regional troops, but it will assuredly fail in this pursuit too,” Mohammad Vahedi, a peace activist at an Iranian university said.

“Blocking the .com domain of the FNA showed how insincere is the US call for human rights,” said Ahmad Salek Kashani, a member of Iranian Parliament’s Cultural Commission.

Fars News Agency is still up and available on its .ir domain.

Fars, a leading news agency in Iran, started work as the first non-state news agency in 2003 and under the registry name of Fars Press and Culture Institute.