Tehran (Basirat) :On the anniversary of the Popular Uprising of the People of Tabriz, which took place on February 18, 1978, thousands of people from the East Azerbaijan Province met with Imam Khamenei— the Supreme Leader of the Islamic Revolution— this morning, February 18, 2020 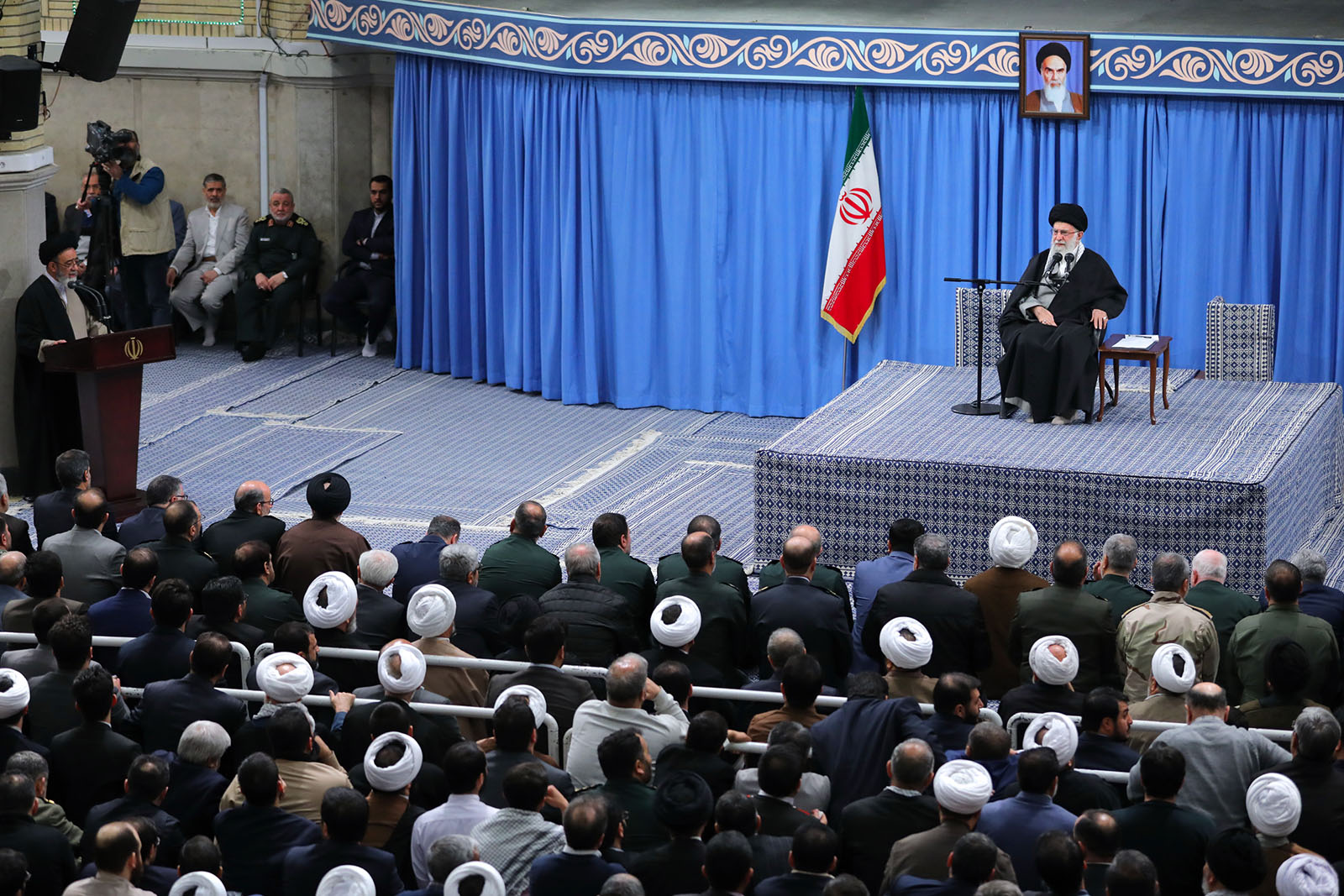 In this meeting, Imam Khamenei addressed the nation regarding the upcoming parliamentary elections and asserted, “I would like to tell you that voting is a public Jihad (struggle in the way of God). Voting strengthens the country and increases the dignity of the Islamic system.”
The Leader of the Islamic Revolution pointed to the massive propaganda efforts against the Islamic Republic, which have intensified before the elections, and said, “You can see the U.S. propaganda is seeking to create a division between the people and the Islamic system. They form think tanks to plan for this. Hundreds of people in various sectors are working on Iran and the public opinion in Iran. The aim is to separate the Iranian youth from the Islamic system but to no avail.”
His Eminence stressed that the turn out for the February 11th (22nd of Bahman) rallies and the massive funeral procession held for Marty Soleimani must be replicated in the parliamentary elections and maintained, “You saw what happened in the Bahman 22 rallies and what happened in commemoration of our dear Martyr Soleimani! In the elections, the same thing must happen, so that the enemies may see that despite their insistence on separating the people from the system, the people vote in the elections. This is an honor for the Islamic system.”
The Supreme Leader reminded his audience, “The eyes of friends and enemies are fixed on Iran. Pay attention to this too. The enemies want to see the result of their struggles, propaganda, the economic problems that exist in the country, the fact that the Westerners and Europeans didn’t abide by their promises, and the pressure that - as they say, maximum pressure - the Americans are exerting on the people? Our friends around the world watch worriedly too. Of course, whenever we send a message to a group of our friends, I always say, ‘Don't worry. Don't worry about the Iranian nation, because the Iranian nation knows what to do.’”