US: Lab for Coronavirus Test Kits May Have Been Contaminated

TEHRAN(Basirat): A top federal scientist sounded the alarm about what he feared was contamination in an Atlanta lab where the government made test kits for the coronavirus, according to sources familiar with the situation in Atlanta. 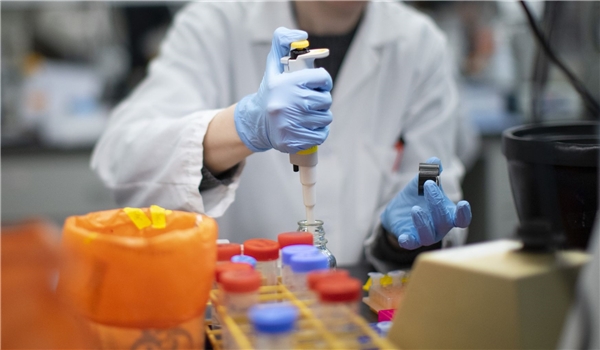 The administration of President Donald Trump has ordered an independent investigation of the Centers for Disease Control and Prevention (CDC) lab, and manufacturing of the virus test kits has been moved, the sources said, Axios reported.

At the time the administration is under scrutiny for its early preparations for the virus, the potential problems at the lab became a top internal priority for some officials, but the Trump administration did not talk publicly about the Food and Drug Administration (FDA)’s specific concerns about the Atlanta lab.

Senior officials are still not saying exactly what the FDA regulator found at the Atlanta lab.

The CDC lab in Atlanta developed the testing formula for the coronavirus test — which the government says works — and was manufacturing relatively small amounts of testing kits for laboratories around the country. This is where the lab ran into problems, per sources familiar with the situation.

FDA Commissioner Stephen Hahn said, in a statement to Axios, that government agencies have already worked together to resolve the problems with the coronavirus tests.

“Upon learning about the test issue from CDC, FDA worked with CDC to determine that problems with certain test components were due to a manufacturing issue,” he added.

“We worked hand in hand with CDC to resolve the issues with manufacturing. FDA has confidence in the design and current manufacturing of the test that already have and are continuing to be distributed. These tests have passed extensive quality control procedures and will provide the high-level of diagnostic accuracy we need during this coronavirus outbreak,” Hahn stated.

The FDA says it now has full confidence in the coronavirus diagnostic kit, but a slew of new cases announced over the weekend suggest the virus has spread throughout the country while the US government tested only a narrow subset of the population for it.

The US government had admitted to problems with its diagnostic tests — which have put the US well behind China and South Korea in doing large-scale testing of the American public for the coronavirus.

But the US has now tested more than 3,600 people for the virus, according to the Department of Health and Human Services.

It was not immediately clear if or how possible contamination in the Atlanta lab played a role in delays or problems with testing. Nor was it clear how significant or systemic the contamination concerns may be; whether it was a one-time issue that’s easily resolved, or a broader concern involving protocols, safeguards or leadership.

The FDA official who visited the Atlanta lab, Timothy Stenzel, is the director of the Office of In Vitro Diagnostics and Radiological Health.

About a week ago, when the Secretary of Health and Human Services Alex Azar was under extreme pressure over the delays in getting coronavirus testing kits to market, Stenzel traveled to Atlanta to help troubleshoot whatever technical problems might have been occurring with the tests.

Stenzel was alarmed by the procedures he witnessed in the Atlanta laboratory and raised concerns with multiple CDC officials, per a source familiar with the situation in Atlanta.

Stenzel is a highly-regarded scientist and diagnostics expert. He was on the ground in Atlanta to deal with technical issues and happened to stumble upon the inappropriate procedures and possible contaminants. He is not a laboratory inspector and thus was not charged with producing an inspection report on the lab conditions.

But he raised the concerns and they have been taken seriously and risen to the highest levels of the US government.

On Thursday afternoon, the concerns about the Atlanta laboratory were raised in a conference call that included senior government officials from multiple agencies including the Department of Health and Human Services, the Food and Drug Administration, the Centers for Disease Control and Prevention, and the National Institutes of Health.

The call’s purpose was to figure out ways to mass produce the testing kits and get them to market quickly.

The Trump administration says it’s now figured out how to get over those hurdles. An HHS spokesperson promised that by the end of this week, “we will have the capacity to test up to 75,000 individuals” for the coronavirus.

The FDA’s manufacturing concerns — which include the possible contamination of testing kits — have also resulted in the Trump administration ordering an independent investigation of the CDC’s Atlanta laboratory, according to senior officials.

“HHS has launched an investigation and is assembling a team of non-CDC scientists to better understand the nature and source of the manufacturing defect in the first batch of COVID-19 test kits that were distributed to state health departments and others,” an HHS spokesperson stated.

A senior administration official added that the government also moved the manufacturing of the coronavirus tests out of the Atlanta laboratory of CDC.

Until Thursday, the CDC’s guidance was to only test Americans for the coronavirus if they’d recently traveled to China — or had close contact with someone known to have the virus — and were symptomatic.

Under this policy, the CDC initially refused to test a California patient who didn’t fit this criteria but had the coronavirus, although the CDC disputes that it denied doctors’ testing request.

As of Friday, South Korea had tested 65,000 people for the coronavirus; the US had tested only 459, per Science Magazine. China can reportedly conduct up to 1.6 million tests a week.

Although the World Health Organization has sent testing kits to 57 other countries, the US decided to make its own.

There have also been problems with the tests themselves. On February 12, the FDA announced that health labs across the country were having problems validating the CDC's diagnostic test, Science reports in an in-depth account of what went wrong with the tests.

The FDA has announced that public health labs can create their own diagnostic test.

Scott Becker, the CEO of the Association of Public Health Laboratories, told Science that he expects that public health labs will be able to do 10,000 tests a day by the end of the week.