Why Is Iraq Relying Less on US Arms? 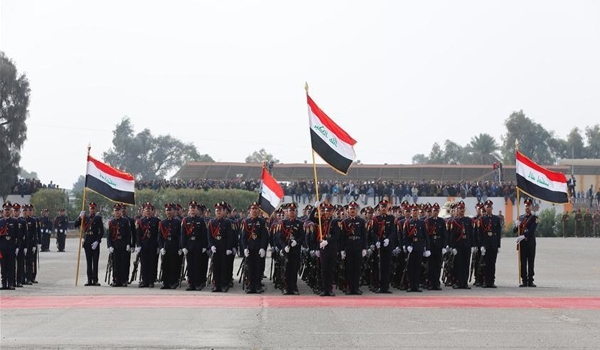 Iraq is reportedly in talks with Russia on an agreement to buy the air defence missiles. Iraq's reconsideration to buy Russian air defence missiles comes shortly after the US assassination of Iran’s Islamic Revolution Guard Corps Quds Force Commander Lieutenant General Ghasem Soleimani in a drone strike in Baghdad.

If Iraq buys advanced Russian missiles, it could become subject to the United States' Countering America's Adversaries Through Sanctions Act federal law which, as the name suggests, aims to sanction any country that makes sizeable arms deals with Russia. Few points are worth mentioning in this respect:

If Iraq ultimately does buy either S-400s or S-300s, that would follow a growing trend over the past decade in which other countries have also shown a preference for Russian military hardware over American. Iraq bought Russian Mi-28 Havoc gunships instead of American AH-64 Apaches, likely because the Russian gunships are easier for Iraq to maintain and operate. Also, Russia does not impose preconditions on what Baghdad uses the military hardware it sells it for, unlike the United States.

Iraqi lawmakers have already come up with a law demanding the removal of US occupying troops from their country. If ties between the US and Iraq are strained as a result of the present tensions or something else down the road, US sanctions against Baghdad could potentially ground the entire Iraqi air fleet. Furthermore, without continued US technical support, and undoubtedly without a steady supply of spare parts, many of Iraq's F-16s may end up grounded in the not-too-distant future. Consequently, Iraq may then have to look elsewhere for fighter jets, which Russia may also offer down the road.

The US has been the largest arms supplier to Iraq in recent years. However, Iraq has looked for alternative suppliers too. It bought Russian transport helicopters - about 40 of these were delivered 2006-2011. To integrate these into the Iraqi armed forces was not such a big deal, as they were of a type Iraq had already been operating since the 1980s, when the USSR supplied them.

Iraq plans to purchase the Russian air defense system to spite the US following a demand by the Iraqi parliament that US troops, numbering over 5,200, leave Iraq. The Trump administration has refused to concede to the demand, prompting Iraq to accuse the US of violating sovereign territory and the UN charter.

In the current environment, it’s indeed logical for the Iraqi government to play off the US against other Iraqi weapons suppliers. In stoking violence in the region, the US government is creating future markets for US arms manufacturers. Little wonder it never bothers to work to reduce conflict and weapons transfers to this volatile region.

Some might say to operate Russian and US equipment side by side may not be the best solution from a logistical and training perspective, but despite that Iraq has opted to do so anyway. The idea is to decrease reliance on the US, an objective that may now seem more vital than ever after the assassination of General Soleimani in Iraq, in addition to lower prices for the Russian equipment.

All in all, operating both Russian and US equipment is not unique for Iraq. India has been operating Russian and European weapons since the 1960s and over the past decade it has increasingly added US weapons to the mix too. The same is true about other regional states like Turkey, Jordan and Qatar.