TEHRAN(Basirat): Iranian Foreign Ministry Spokesman Seyed Abbas Mousavi said on Friday that a recent offer by US President Donald Trump to “assist” Tehran to counter the coronavirus outbreak is a repulsive display of hypocrisy amid Washington’s sanctions and medical terrorism. 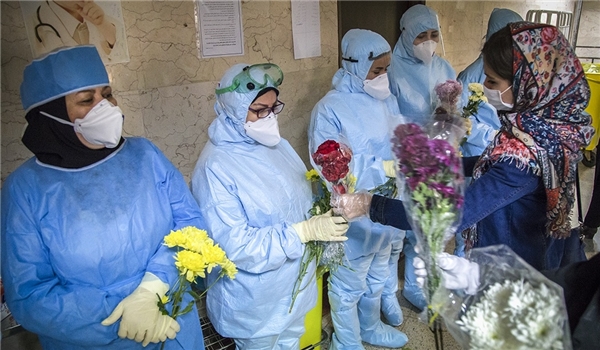 “Instead of hypocritical displays of compassion and repulsive bragging, you should end your economic and medical terrorism so that medicine and medical supplies can reach medical staff and the Iranian people,” Mousavi tweeted this morning.

On Thursday, Trump said that Iran is “facing a tremendous problem” and that US has offered to help the country. “We have the greatest doctors in the world,” he said.

Reacting to Trump’s remarks, Mousavi said Iran enjoys having “the best, bravest and most competent medical staff in the world”.

“We do not need American doctors,” Mousavi said, adding Washington should instead care for its own people amid the coronavirus pandemic.

Mousavi’s remarks come as many in the US have voiced concern over Trump’s handling of the outbreak in the country.

In a letter to the UN secretary general, Zarif called for the unilateral and illegal US sanctions, which have greatly hampered Iran's fight against the coronavirus, to be lifted.

The US has imposed a series of sweeping sanctions targeting varying sectors of the Iranian economy ever since it withdrew from the Iran 2015 nuclear agreement in May 2018.

The bans deny Iran vital medical aid despite an October 2018 ruling by the International Court of Justice rejecting US sanctions on humanitarian supplies.

Novel coronavirus, or COVID-19, is a new respiratory disease first identified in the central Chinese city of Wuhan late last year. The World Health Organization on Wednesday described the outbreak as a pandemic.

According to the latest reports, the novel coronavirus, officially known as COVID-19, has infected 134,818 people in 127 countries, claiming 4,984 lives.

Mainland China reported 21 new confirmed coronavirus cases on Friday, putting the country’s total infections at 80,814 and a death toll of 3,177.