TEHRAN(Basirat): Head of Pasteur Institute of Iran (IPI) announced on Saturday that the country conducts 6,000 coronavirus tests at 50 laboratories everyday. 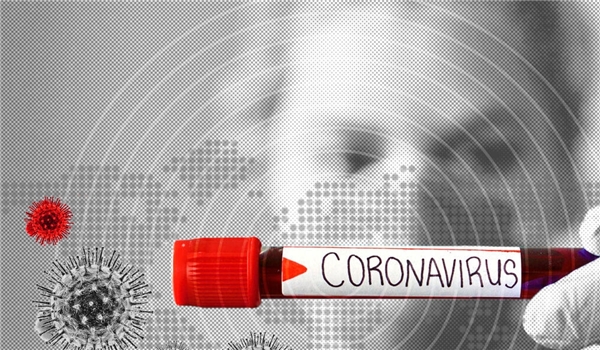 Ali-Reza Beiglari said that the tests for coronavirus will reach 10,000 a day in the next one or two weeks.

Results of the tests are declared within 48 hours, the IPI head pointed out.

He noted that the World Health Organization (WHO) has appreciated IPI and Iran's Ministry of Health for their efforts to launch and equip several laboratories within three weeks.

"To diagnose coronavirus, chest CT scan is more accurately helpful than the test and the finding is based on sharing experience with the Chinese health officials," Beiglari said.

Iranian Health Ministry Spokesman Kianoush Jahanpour announced on Friday that the new coronavirus outbreak in the country has claimed 514 lives out of 11,364 confirmed cases of infection so far, adding that 3,529 coronavirus patients have recovered.

Based on the latest reports, in the past 24 hours, 1,289 new cases were confirmed with the coronavirus in the country, bringing the total number of confirmed cases to 11,364, Jahanpour declared this noon, adding that 3,529 coronavirus patients have recovered and discharged from hospitals as of Friday.

The health ministry official went on recounting that 85 deaths were registered in the past 24 hours in the country, rising the death toll to 514.

Jahanpour highlighted that the only way to defeat the outbreak is to stay at home and avoid unnecessary travels.

Novel coronavirus, or COVID-19, is a new respiratory disease first identified in the central Chinese city of Wuhan late last year. The World Health Organization on Wednesday described the outbreak as a pandemic.

According to the latest reports, the novel coronavirus, officially known as COVID-19, has infected 134,818 people in 127 countries, claiming 4,984 lives.

Mainland China reported 21 new confirmed coronavirus cases on Friday, putting the country’s total infections at 80,814 and a death toll of 3,177.

Zarif reminded in his letter how the renewed sanctions had come in the way of legal trade with Iran amid the outbreak, adding that American officials had recently set some preconditions with the aim of preventing sales of medicine, medical equipment, and humanitarian commodities to the Islamic Republic.

On Wednesday, the Iranian foreign ministry declared that despite Washington’s claims of cooperation to transfer drugs to Iran via the new Swiss-launched payment mechanism, the US is troubling the process amid the coronavirus outbreak in the country.

The government also imposed travel restrictions, especially on Iran’s north, which is among the red zones. The country has also adopted strict digital health control procedures at airports to spot possible infections.

Health Minister Saeed Namaki announced last week that a new national mobilization plan would be implemented across the country to fight against the coronavirus epidemic and more effectively treat patients.