TEHRAN(Basirat): Iranian researchers have discovered the medicinal compound which can treat the damage inflicted on lungs due to infection to coronavirus. 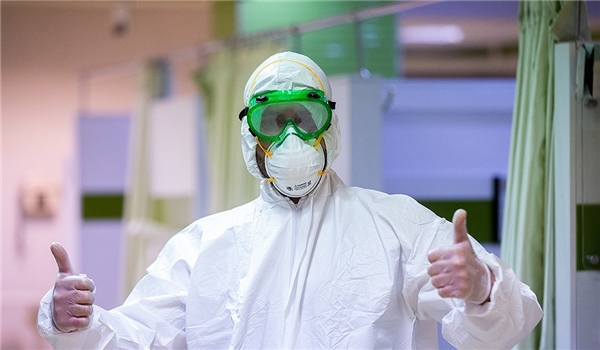 “The new medicinal compound is not special to the coronavirus patients, but it treats respiratory and pulmonary diseases,” Chairman of the Biotechnology Development Council of Iran Mostafa Qaneyee said in a press conference on Tuesday.

He added that the new medicinal compound can decrease the time a coronavirus patient needs to stay at hospital to 4 days, noting that 40% of Iranian patients who received the combination of three drugs have been discharged from hospital in less than 4 days.

“In this treatment method, in addition to the protocols of the health ministry, the three drugs of Azithromycin, Prednisolone and Naproxen have been used as a compound,” Qaneyee said.

“We have observed that the compound rapidly decreases the CRP and the hospitalization period is reduced significantly and of course, this is the start of our research and we will inform you of other researches too after receiving license from the Coronavirus Campaign Headquarters,” he added.

According to the latest reports, the novel coronavirus, officially known as COVID-19, has infected over 185,000 people in the world, claiming more than 7,300 lives.

Last Wednesday, the Iranian foreign ministry declared that despite Washington’s claims of cooperation to transfer drugs to Iran via the new Swiss-launched payment mechanism, the US is troubling the process amid the coronavirus outbreak in the country.