TEHRAN(Basirat): Joe Quinn, a journalist, says Washington aims to stay in the region, fearing that China will extend its influence over the oil countries that will put an end to the dollar hegemony. 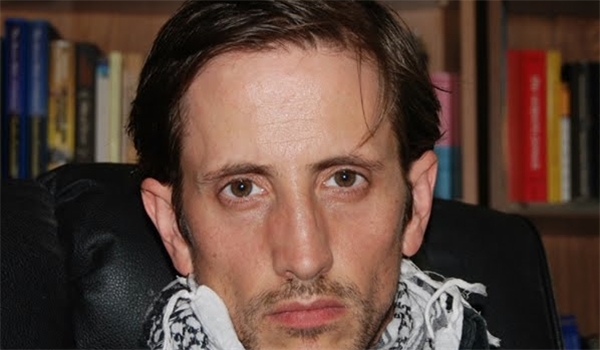 Quinn told FNA in an exclusive interview that Daesh (Islamic State of Iraq and the Levant, also known as ISIL or ISIS) was created by the US, Saudi Arabia and Israel to “destabilize” Iraq and Syria, and pave its way to stay in the region.

Joe Quinn is a radio host and senior editor at sott.net . His articles have appeared on many alternative news sites and he has been interviewed on several internet radio shows by international media such as Sputnik News and Press TV.

Q: The Iraqi parliament has approved that Americans forces should leave the Arab country. But Trump says the US troops will not leave Iraq unless it pays for ‘money we put in’. How do you find the “charges”, and instability caused by the US’s presence in Iraq?

A: Under the George W. Bush Administrations, the US military destroyed and occupied Iraq, causing the death of up to 1.5 million people. It then attempted to 'install democracy' in the country, first in the form of a "coalition provisional authority" that appointed US diplomat (at the time) Paul Bremer as 'interim President of Iraq'. Despite the supposed "complete withdrawal" of US forces in Dec. 2011, several tens of thousands of US troops have remained in Iraq since then, with their numbers swelling after the emergence of Daesh in 2014 and the request by the Iraqi government for US military support. Daesh, a supposedly Sunni Muslim organization, was clearly an attempt by the US and its Saudi and Israeli allies to destabilize both Iraq and Syria and prevent Iranian influence from spreading across the region. The US active interest in Iraq and Iran is a result of its fear that if Iraq falls out of the US sphere of influence and into that of, say, China (as evidenced by the Iraqi delegation's trip to China in September last year) then, ultimately, its control over the entire ME region and the dollar hegemony it provides, will be lost, and with it the American empire as we know it today.

Q: The US has stationed troops near Syria’s oil wells. Do you believe even in the event the US is paid the amount it requires Iraqis to pay to leave the country, it will leave its forces in Syria?

A: That is very unlikely. The US interest in the Middle East is 'existential'. Preferential access to and economic control over ME oil wealth in addition to necessarily compliant ME nations have been central to the US rise on the global stage and the reserve currency status of the US dollar. If the US were to truly leave the ME, it would risk losing its 'super power' status and be unable to continue to fund its military that ensures that status.