TEHRAN(Basirat): Iran's scientific community voiced concern over the detention of Iranian scientist Sirous Askari by the US authorities as coronavirus is rampant in all US states and inmates in all US prisons are the most threatened community. 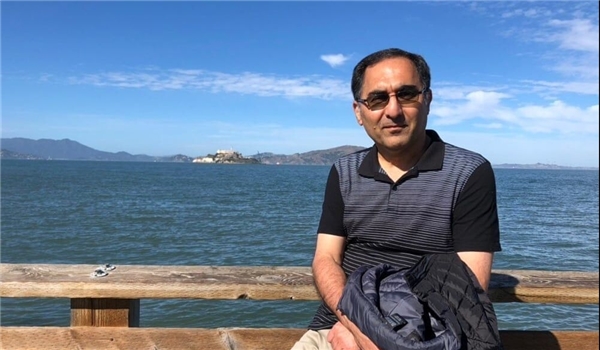 Sharif University of Technology announced on Tuesday that Dr. Askari, a professor of the same university, was detained upon arrival in the US under the pretext of violating the US sanctions regime.

It added that the US courts acquitted the Iranian professor of the allegations after a few months but continued to hold him in captivity under false charges of illegal residence.

The Iranian scientific community is highly worried that keeping Dr. Askari at a prison without the least health facilities could put his health conditions at risk due to the escalation of COVID-19 outbreak across the US.

Dr. Askari recently told the UK daily Guardian that the officials of the detention center intentionally refuse to provide the prisoners with face masks and disinfectants so that they have been exposed to the viral disease.

The coronavirus COVID-19 is affecting approximately all countries and territories around the world. The virus was first reported in the central Chinese city of Wuhan late last year. It has so far killed more than 38,000 people and infected approximately 800,000 others globally.

As for Iran, the Iranian health ministry announced on Tuesday that 3,111 new cases of infection to COVID-19 virus have been identified in the country, adding that 2,898 patients have died so far.

“According to definite diagnostic standards, a sum of 3,111 new cases of infection to COVID-19 virus have been identified in Iran during the past 24 hours, increasing the number of infections to 44, 606,” Health Ministry Spokesman Kianoush Jahanpour said.

He added that fortunately, 14,656 patients infected with COVID-19 virus have also recovered and been discharged from hospital.

Jahanpour said that 141 coronavirus patients have passed away during the past 24 hours, noting that the death toll has increased to 2,898 so far.