TEHRAN(Basirat): It doesn’t take a strategic mind to realize what the likely impact of the COVID-19 pandemic would be on Syria, Yemen and Gaza. 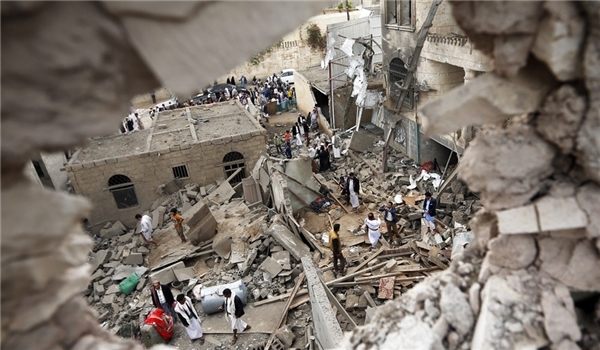 It is not difficult to make predictions, either, because much will depend on the way these nations, already devastated by US-led wars of aggression and occupation, won’t be able to react.

The World Health Organization fears the numbers of people infected with coronavirus will far exceed the official figures estimated by these nations. An even worse scenario is thought to be unfolding in Syria, where an internally displaced population of 7 million, and the fact some parts of the country remain outside central government control make controlling the spread of the virus almost impossible.

The same argument could be made about Yemen and Gaza. Ground and air links between them have been largely severed, and there are deepening concerns that large numbers of virus carriers were able to return before border was sealed in Gaza.

On the medical supply side, there are also likely to be disruptions, as there are shortages of imported raw materials and spare parts because of US sanctions and Israeli-Saudi blockades. However, this is likely to be less of a factor than in Western countries, where long supply chains are now the norm rather than the exception.

The severity and duration of the short-term demand and supply impacts depends on the measures these nations may take to contain the spread of the virus. If the pandemic shows signs of spreading rapidly as it is doing in Europe and the US, these three governments will start to close factories and shops - if any - selling nonessential items.

Although there are still many uncertainties about how the pandemic will develop, it is clear that international support mechanisms may not be able to fully cope. Moreover, such mechanisms tend to be relatively weak in war-torn areas as the scattered nature of the population makes it difficult to reach effected people.

To complement international initiatives, Gaza, Syria and Yemen will need to mobilize their own institutional machinery as well, particularly those with presence in hard-hit areas. These include police stations, health clinics and agriculture/livestock offices which could provide logistic bases to reach the displaced people with medical assistance, as well as income and food support.

These facilities should be brought into play with funds from the United Nations and international aid agencies. There is no question that these governments are struggling to meet rising medical care costs, their financial capacity is severely limited. International organizations should be mobilized to help.

Will these measures be enough? Probably not. The whole world, specially the Western countries that have been making a fortune through arms deals with the Saudis and have been backing Riyadh as well as the Israelis and militant groups in Syria should do their part in helping these war-ravaged nations.

The US and countries in Europe should also step up their level of assistance outside their borders. One way to quickly and effectively do this has to be ending their wars of aggression and support for the Saudi and Israeli regimes, or proxy forces in Syria. At this time, this policy reversal would be far better than sending money to help people survive the health crisis.

As many observers have emphasized, the COVID-19 crisis is not just one of health and the economy, but also has other dimensions. COVID-19 is already challenging our assumptions about humanity, about society, about greed and selfishness, about the need to cooperate.

The pandemic has exposed fault lines in trust among humans, among groups, among countries, between citizens and governments, and faith in many of assumptions about life, not only beliefs and humanity, but also knowledge itself.

The world is beginning to doubt America’s role as the world’s leader and a trusted partner to turn to at times of crisis like this. As we slowly realize that we are inundated with fake news by Washington and its war-party goons

The time has come for the UN and the rest of civil society to begin to address and come to terms with what life is going to be like in Syria, Yemen and Gaza after they impose the lockdowns and other inconveniences forced by the virus and its consequences.

Put simply, this time it is different. Millions of lives are at risk. The world will not be able to simply revert to business as usual after the virus hit these nations in the coming days and weeks. The time has finally come for the world community to help build a life that’s more secure, equitable, inclusive and sustainable in Syria, Yemen and Gaza.