TEHRAN(Basirat): Palestinian political prisoners held by Israeli regime have been hit by the Coronavirus pandemic, while the world community is looking the other way. 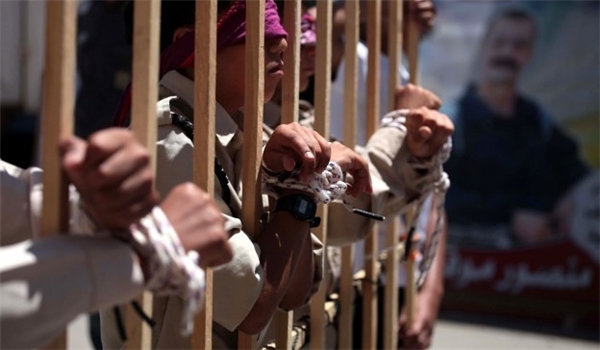 This is the reality facing these prisoners at a time when governments around the world and international organizations are trying to overcome the virus and failing. They just don’t care about Palestinian prisoners and what’s happening to them amid the pandemic.

The Palestinians behind bars in Israel have nothing to defend themselves from the virus, except perhaps a bar of soap, on top of which they still have to cope with the regime’s deliberate neglect and brutality of torture and occupation. Israel delights in its draconian and inhumane measures imposed on the prisoners. It enjoys to see the virus taking hold among the Palestinian prisoners.

The negligence of the Israeli regime towards those in its “care” is deliberate; it rarely responds to prisoners’ demands and this time is no different. So the inhumane measures remain in place, and the very basic resources to curb the spread of the virus are being denied to them on purpose. Also, prisoners have been banned from buying cleaning products used to sanitise the bathrooms and cells.

International bodies and human rights representatives have not been allowed to monitor the conditions of prisoners who have contracted the virus and are now isolated in Megiddo Prison. This is something that the brutal regime is trying to keep secret from the Palestinian and world public, fearing their reaction. This has put the prisoners themselves on the edge of an open confrontation with the occupation authorities in defence of their right to live and to return to their families.

The Israeli disregard for Palestinian prisoners’ lives peaked when those in Megiddo demanded that the officers test all of the prisoners for COVID-19 and provide them with protective kit, such as masks, gloves and disinfectant. The regime’s response was to tell them, “Use your socks to make masks, and your soap to disinfect your cells.”

This is while socks - although it is a mockery to call them a mask to filter viruses - and soap are among the data-x-items banned recently in an obvious attempt by the regime to kill the prisoners at a time when the world is looking the other way and trying to overcome the coronavirus pandemic.

The conditions that Israel has helped fester in the prisons where it holds Palestinians, including the shambolic “healthcare” and systematic medical neglect, almost guarantees the deaths of many Palestinians. When one prisoner is infected, they cannot be isolated from the others effectively. This transforms the prison blocks into mass isolation units and mass graves.

In such circumstances, given the legal duty of care that the Israeli regime has towards all prisoners, including those from among the population living under occupation, the Palestinians being held have the right to be released immediately. They are not violent career criminals; they are political prisoners who stood up against the military occupation of their land. They have an internationally-recognized legitimate right to do so, and so should be set free before it gets too late.

The people of Palestine and the world community must rise to the challenge of their responsibilities towards those imprisoned in Israel. Now is not the time to leave these prisoners exposed. The world community should not accept Israel’s deliberate attempt to infect and kill Palestinian prisoners. The time is now to put pressure on the occupation regime to meet the minimum rights of the Palestinian prisoners: the right to life.