TEHRAN(Basirat): The coronavirus has reached the populous Palestinian enclave blockaded by Israel since 2007, where an epidemic would be calamitous. 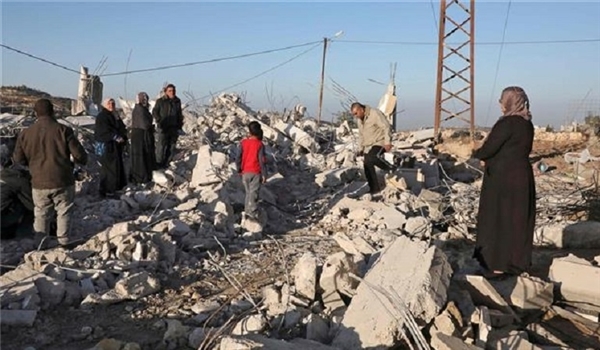 The government of Hamas is doing whatever it can to tighten public health measures. But there is one problem. The Israeli regime refuses to loosen its illegal restrictions so that international aid and medical supplies can enter and afflicted Palestinians can leave.

Make no mistake. COVID-19 cases are fast spreading in the Gaza Strip, where close to two million Palestinians live in crowded neighbourhoods and refugee camps where social distancing is out of question. It doesn’t take a strategic mind to realize that a major outbreak of the illness would swiftly overwhelm Gaza’s health care system, which has been devastated by years of Israeli war and blockade. The death toll could be horrific.

Just like other governments, the Hamas government is trying to maintain its quarantine measures and step up other efforts to contain the virus’s spread. But as mentioned earlier, Israel is in no mood to lift the blockade for medical supplies and allow Palestinians out of the strip should they require hospitalization.

Gaza’s health infrastructure will be unable to cope with the worst-case scenario wherein tens of thousands of people require hospitalization when there are only few left. As long as containment remains possible, the Hamas government could strengthen its lockdown measures and build more quarantine facilities with the means available.

But for that to succeed, the world community should put pressure on Israel to lift its illegal blockade to allow desperately needed medical equipment and supplies to get in. The world should also prepare to help Palestinians in Gaza who contract the virus and require types of care unavailable in the impoverished strip.

The Israeli occupying regime has a duty to care for the population under its inhumane blockade under international law. In the case of COVID-19, it also has an interest, as the virus knows no bondaries. If only for these reasons, Tel Aviv must be forced to lift the blockade to let in hygiene kits, ventilators and other supplies, and suspend the requirement for transit permits for those who require hospitalization outside of Gaza.

The regime should also allow international efforts to erect field hospitals in and around the Gaza Strip, facilitate the entry of medical personnel willing to volunteer their services, and develop a plan for treating Palestinians from Gaza who need urgent medical attention.

A catastrophe of massive proportions could await Palestinians in Gaza who already have suffered far too much. The world community needs to take urgent steps to minimize the fallout. This includes the IMF, OECD, the World Bank or other international agencies to consider taking new policy measures to end the blockade. They should take action individually or seek to bolster their coordination - not necessarily among themselves but with the Gaza government.

For example, they could decide to act as lead investors in a global mission-oriented project, perhaps executed, by the World Bank, in close collaboration with WHO and other multilateral development banks or other appropriate agencies, and aimed at establishing a sizeable special fund that could be used to bulk-purchase face masks, security equipment and gowns for Gaza’s hospital staff, beds, medicines and, in due course, vaccines – in order to make these supplies available to Palestinians.

An action like this would add some credibility to the United Nations and its Charter. Under the UN Charter, the world body and other international entities can and should protect human life, lift Israel’s illegal blockade, restore Gaza’s economic stability and lay out solid foundations for strong, sustainable, balanced and inclusive growth post-COVID-19. The international civil society can no longer afford to miss a historic opportunity of building trust and offering hope to the long-suffering people of Gaza during these difficult times.