TEHRAN(Basirat): The production lines of two types of home-made PCR and serological kits for the diagnosis of coronavirus infection was unveiled in a ceremony participated by Iranian Vice-President for Science and Technology Sorena Sattari on Saturday. 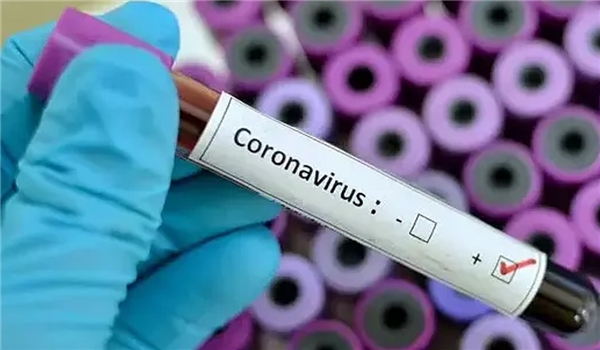 “The first type of kits acts based on analysing the PCR (of patients) test, and a sum of 100,000 kits of this type can be produced each week,” Sattari said on Saturday.

He added that the second type of kits whose production line was unveiled on Saturday is serological kits which has been developed to find antibody to see if a person's immunity system has responded to coronavirus disease or not.

He further said that 2mln sets of this type of kits will be produced in Iran each week.

Sattari also said that 40 more mask production lines will be launched across Iran in the next 20 days, stressing the country’s good capacity in the production of disinfectants and medical equipment.

“Iran has also made noticeable progress in the production of biotech drugs and at present 23 biomedicines are produced in the country,” he said.

Iranian health ministry announced on Saturday that over half of coronavirus patients in the country have recovered, adding that 4,357 people have lost their life in Iran due to infection to COVID-19 virus so far.

“1,837 more patients infected with COVID-19 virus have been identified in the country since yesterday based on confirmed diagnosis criteria,” Health Ministry Spokesman Kianoush Jahanpour said on Saturday.

He added that the number of coronavirus patients in Iran has increased to over 70,000, adding that 4,357 people have lost their lives due to infection to the virus, including 125 in the past 24 hours.

Jahanpour, meantime, said that the recovery of patients has accelerated in Iran and 41,947 infected people have been treated and dismissed from hospital.

He noted that 251,000 coronavirus diagnosis tests have been carried out in the country so far, adding that 3,987 patients infected with COVID-19 virus are in critical conditions.

Iranian Health Minister Saeed Namaki stressed on Tuesday effective measures to control coronavirus epidemic, expressing the hope that the disease would be controlled in Iran by late May.

“At present, the country is in the phase of disease management and we should not imagine that we have reached the harness and control phase. Today is the time for full-fledged combat against the virus. God willing, we will control coronavirus by late May. The virus should be controlled in the minimum possible time,” Namaki said, addressing the Iranian legislators in an open session of the parliament in Tehran.

He noted that at least 30% to 50% of hospital beds are still vacant across Iran and nearly 15,000 beds are ready to keep the patients who are recovering from coronavirus disease.

“We have now moved down to tank 6th in terms of deaths,” Namaki said, adding that the country’s situation in treatment of patients will improve in the next few days.

The coronavirus COVID-19 is affecting approximately all countries and territories around the world. The virus was first reported in the central Chinese city of Wuhan late last year. It has so far killed more than 103,500 people and infected over 1.71 million others globally.

As the death toll from the virus surges, Iran intensifies its preventive safety measures. Closures of schools and most universities have been extended until late April.

Namaki announced last month that a new national mobilization plan would be implemented across the country to fight against the coronavirus epidemic and more effectively treat patients.

According to the latest statistics of Health Ministry, the number of medical laboratories to test coronavirus infection has reached over 90 across the country.