What Price to Keep France Safe?

TEHRAN (Basirat)- Soldiers are patrolling French beaches through the August holiday. There has been talk of Guantánamo-style holding pens for thousands of terrorism suspects. The prime minister has suggested ending foreign funding for mosques. 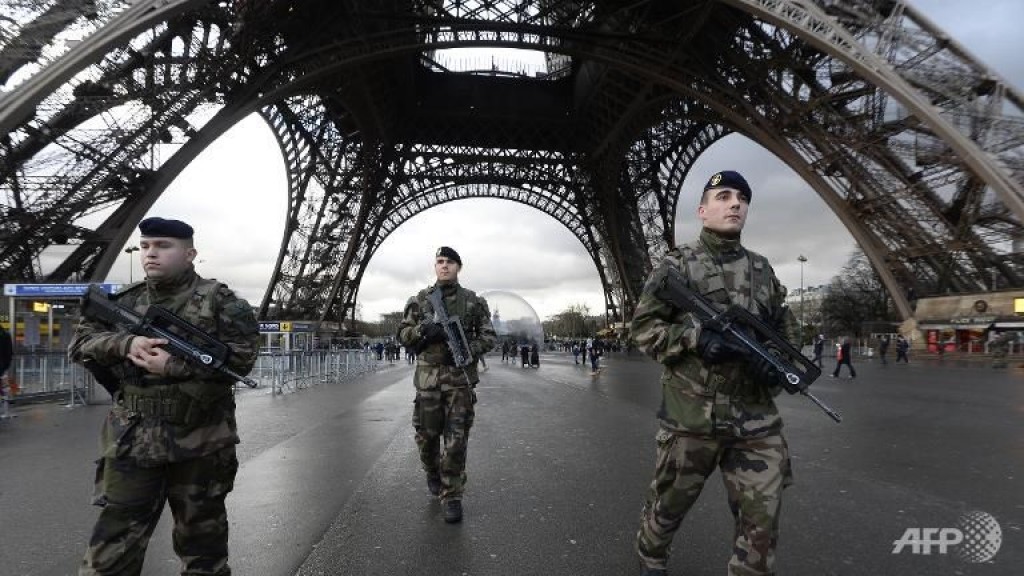 Soldiers are patrolling French beaches through the August holiday. There has been talk of Guantánamo-style holding pens for thousands of terrorism suspects. The prime minister has suggested ending foreign funding for mosques.

For now, the more extreme measures have been rejected by the government or have gained little traction in the wake of a deadly accumulation of terrorist attacks this summer.

But that they have been floated at all is a measure of France’s struggle to find solutions to a security problem that is now drawing comparisons to the one in Israel, or to the Islamist insurgency in France’s former colony of Algeria in the 1990s.

With a presidential race primed to heat up in the fall, the debate over how France should respond seems likely to intensify, forcing the country to confront whether it can maintain its aversion to sweeping changes in its security and judicial systems and live with the grim knowledge that there will be further attacks.

The fatalism that has marked the country’s response so far stems in part from France’s distinctive position among the targets of Islamic extremists: Its own citizens are often the ones carrying out the attacks.

France has a Muslim minority that is the largest in Europe — estimated at 7.5 percent of the population — and a minuscule part of it is keeping the country on edge.

That fact has given the government a narrowing set of options for dealing with the problem, short of turning the country into an Israel-style security state, which no one here, left or right, seems to want.

Already, the government has assumed wider powers of surveillance and house detention under a state of emergency, to limited effect. For now at least, calls to go still farther up that road are losing out to appeals to defend civil liberties.

A spectacular large-scale attack could yet shift perspectives. But following a bloody 2015, the steady drumbeat of attacks this summer — the largest of which killed 85 people in Nice — has generated fear, but not panic.

Worries over terrorism are forcing the cancellation of some big events, like the Braderie de Lille, perhaps Europe’s largest flea market, normally held in the northern city of Lille each September.

But in the wake of the  murder of the Rev. Jacques Hamel as he celebrated Mass in St.-Étienne-du-Rouvray in Normandy on July 26, a flurry of urgent demands for harsher measures from center-right politicians have quickly dissipated.

Even criticism of the unidentified judge who released the young man who went on to commit the Normandy murder — Adel Kermiche, a failed would-be jihadist — from preventive detention has not, so far, produced plans to change the ways terrorism cases are handled.

The judge was sympathetic last March to the young man, who insisted he was giving up on attempts to reach Syria and merely wanted to settle down. Three appellate judges confirmed the decision to let Mr. Kermiche go home, over the protests of prosecutors.

Mr. Kermiche turns out to have been practicing the art of taqiyya, or dissimulation, explicitly counseled by the Islamic State to fool the enemy. Judges have now been advised by the French prime minister, Manuel Valls, to be on the lookout for it. But he also cautioned against second-guessing the country’s independent judiciary.

After a long season of police raids, house arrests, and endless parliamentary debate over how to confront the threat, there is no sustained pitch, even from the far-right National Front, for a more intrusive police presence in French daily life.

At least three different security-state models for France have been debated in the media over the last three weeks: Israel, the United States and Algeria, which carried out a bloody 10-year repression of an Islamist insurgency in the 1990s, at a cost of thousands dead or "disappeared.”

All have so far been rejected.

"What is at stake is the republic,” Mr. Valls said in an interview in the French newspaper Le Monde last week, rejecting demands for more repression. "And our shield is democracy.”

His justice minister, Jean-Jacques Urvoas, appealed to France’s history, as French politicians often do, in pushing away the center-right’s plea for mass preventive detention — "administrative retention for those individuals classified as the most dangerous,” as the former president Nicolas Sarkozy put it immediately after Father Hamel was killed.

This could potentially involve rounding up some 10,000 individuals, French citizens and others, who are in the government’s loose category of Islamist-inspired potential security threats — the so-called "S-Files” that are a principal fixation of the French media.

The Socialist government rejects the idea categorically for now.

This would "amount to wiping out Article 9 of the Declarations of the Rights of Man and the Citizen of 1789,” Mr. Urvoas wrote in an op-ed in the same newspaper. This article guarantees the presumption of innocence.

In recent days, the focus of public debate has shifted toward greater government control over the country’s mosques, perhaps an indication of the government’s desperation in its quest for remedies.

Mr. Valls has said he wants the foreign financing of these mosques to end, and the training of imams to take place in France. But the usefulness of such measures appears doubtful, since many of those who have struck had only tenuous relations with official religion.

The threat facing France is all the more redoubtable in that those who "pass into action,” according to the French formula, fall into unpredictable and widely varying categories.

Some are firmly on the antiterrorism authorities’ radar, like Mr. Kermiche. Others are completely unknown, like the driver in the deadly truck attack in Nice, Mohamed Lahouaiej Bouhlel. Still others have made it into the "S-Files” but were not considered overt threats, like many of the participants in the Nov. 13 attacks in Paris.

In all, the government has identified more than 2,000 people as "implicated in the phenomenon of violent religious radicalization or the jihadist recruiting pipeline,” as an official declaration put it last month. But as the attacks have shown, that in no way covers all who are potentially dangerous.

"What are we going to do, put a cop behind everybody with a beard?” Françoise Cotta, a veteran defense attorney who is one of the few here who represents those accused of terrorism, asked in an interview this week. "But what if they shave the beard? It’s ridiculous.”

She continued, "We are going to put 10 percent of the population under surveillance?”

Ms. Cotta recently defended Karim Mohamed-Aggad, brother of one of the gunmen who killed 90 people in November at the Bataclan concert hall in Paris. Her client received a nine-year sentence last month for having been part of a cell that traveled to Syria to join the Islamic State.

"There are no miracle-remedies,” Ms. Cotta said, pointing to the overarching issue of France’s failure to integrate its Muslim minority.

"You have to first understand why we are where we are, in order to come up with appropriate solutions,” she said. "That whole labor of integration — it’s got to be done.”

In the short term, "there’s no zero risk,” Ms. Cotta said. "There will be other attacks.”