TEHRAN (Basirat) : On Saturday, the Iranian Navy was delivered a radar-evading destroyer called Sahand. It is the most advanced of its kind in West Asia. 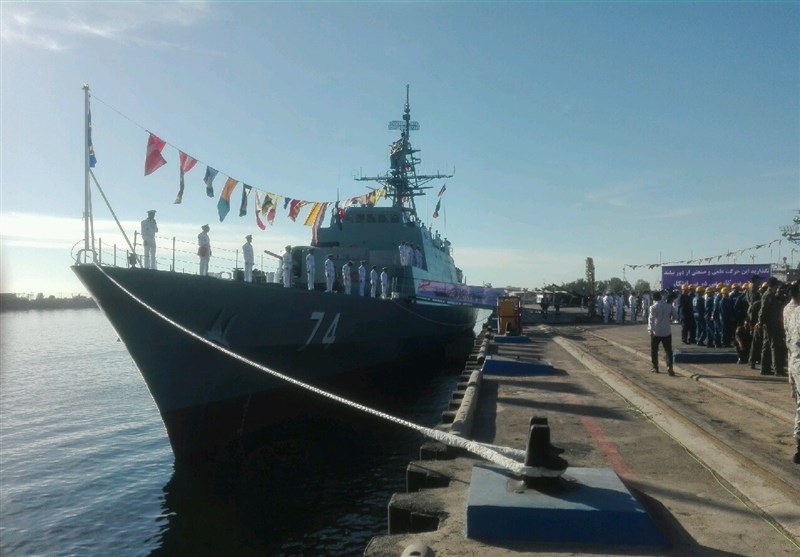 The destroyer, designed and built by Iranian experts, joined the Navy at a base in the port city of Bandar Abbas, at the mouth of the strategic Strait of Hormuz. Army Chief Abdolrahim Mousavi was present at the ceremony.
The destroyer is able to navigate oceans for 150 days along with a logistic vessel.
It has a flight deck for helicopters, torpedo launchers, anti-aircraft and anti-ship guns, surface-to-surface and surface-to-air missiles, and electronic warfare capabilities.
"The first feature of the Sahand is that its radar-evading capability has increased up to 30% and the form of its hull makes its detection by radars more difficult,” Rear Admiral Ali Qolamzadeh, director of the Self-Sufficiency Jihad of the Navy, told the Fars news agency.
He said that the capacity of the Sahand’s store, deposit and stock rooms has been increased in a way that it can continue sailing distances twice farther than what the Jamaran could traverse.
"Also the number of its radar and weapons system has at least been doubled and new electronic war systems have been mounted on it,” Qolamzadeh explained.
Rear-Admiral Alireza Sheikhi, head of the navy shipyards that built the destroyer, also told IRNA that the vessel is "the result of daring and creative design relying on the local technical knowledge of the Iranian Navy... and has been built with stealth capabilities."