TEHRAN(Basirat): Iranian nuclear chief Ali Akbar Salehi has stressed that Iran enjoys the technological capabilities needed to return to the era before signing the 2015 nuclear deal with world powers. 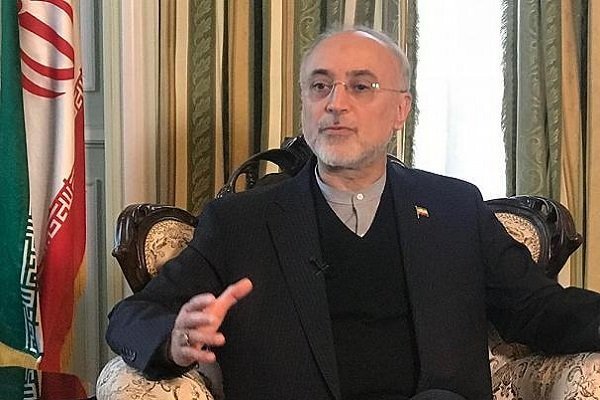 In an interview with Al Jazeera, the head of the Atomic Energy Organization of Iran (AEOI), ruled out any possibility of starting negotiations on Iran missile capabilities, saying "Iran’s ballistic missiles are non-negotiable.”

Salehi said that Iran has been under sanctions since the 1979 Islamic Revolution for forty years, adding that the sanctions cannot bring the country to the negotiating table over its missiles.

He described the recent US and Israel-sponsored Warsaw conference on the security in the Middle East as ‘failed’, underlining that Iran considers the conference as ‘worthless’ which yielded no results.

"It is true that we have economic problems, but Iran is able to get through this stage regarding its self-sufficiency in many fields,” Salehi noted.

"We have gained much experience over the past 40 years, and sanctions are nothing new [to us], and Iran has become stronger during these 40 years,” the nuclear chief further noted.

The head of AEOI also called on the European countries to adhere to their commitments under the nuclear deal. He described the launch of the Special Purpose Vehcile known as the INSTEX by them as a good first step, expressing hope the European side would take more steps to fulfill their commitments in the coming months.

Salehi touched upon the animosity of Saudi Arabia towards Iran, saying that the Iranian side has always wanted security and peace for the Middle East region.

"Iran's president and foreign minister have repeatedly said they are ready to hold talks with Saudi Arabia, especially about their problems with Iran,” the Iranian nuclear chief further noted.