TEHRAN (Basirat): Responding to the US President Donald Trump’s weekend Twitter message threatening Iran, Foreign Minister Mohammad Javad Zarif hit back Monday with a message of his own, which was supported by thousands of Iranians: “Never Threaten An Iranian.” 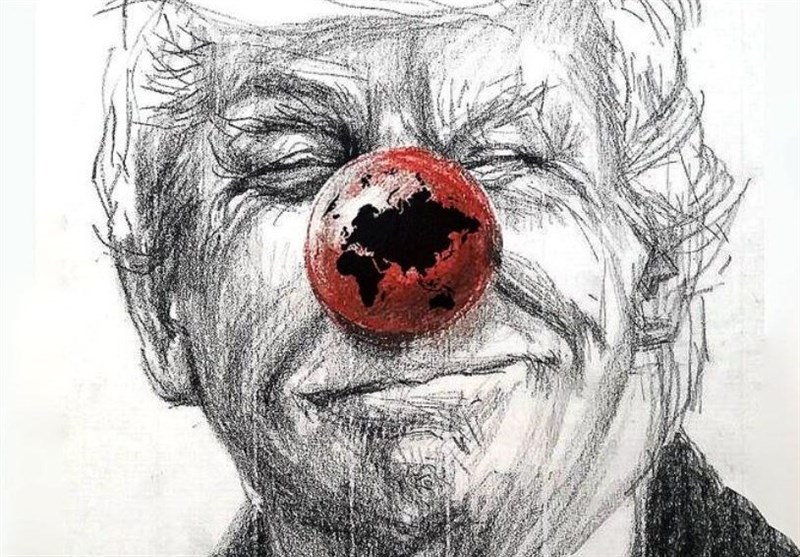 Drawing attention to Iran’s long history of standing in the face of aggressors, from Alexander to the Mongolian emperor Genghis Khan, Zarif tweeted that Trump, “goaded” by the B-team – (Bolton, Israeli Prime Minister Binyamin Netanyahu, and the crown princes of Saudi Arabia and the UAE, Mohammed bin Salman and Mohammed bin Zayed) – “hopes to achieve what Alexander, Genghis & other aggressors failed to do.”
“Iranians have stood tall for millennia while aggressors all gone,” he continued. “Economic Terrorism & genocidal taunts won’t ‘end Iran.’”
“Never Threaten An Iranian,” Zarif tweeted. “Try respect – it works!”
Since then Iranians poured to the social media platforms to express their support for Iranian Foreign Minister comment about Iran’s long history of resistance against aggressors.
"We are with you Iran. You are a great country. You will never bow to America. #NeverThreatenAnIranian” @AkshayHerur tweeted.
Replying to @realDonaldTrump Saeideb24787139 wrote “You are afraid of Mr. President. Hide behind the soldiers. I know your army does not dare to enter the Persian Gulf. #NeverThreatenAnIranian”
"Fighting is not an option, it's a plan. You were planning and acting upon your plans for 40 years. But the point is that you never succeeded. #NeverThreatenAnIranian,” @AhmadrezaMora12 said.
“Learn from history! Force is all-conquering, but its victories are short-lived. ~Abraham Lincoln Make the lie big, make it simple, keep saying it, and eventually they will believe it. ~Adolph Hitler I wonder which man is your idol? #NeverThreatenAnIranian" Farhad Sanadizadeh said also replying to @realDonaldTrump and Zarif

Britain is humiliated by Trump
Arms sales to Saudi all about American jobs: Academic
U.S. warmongering against Iran: The cries of a featherless eagle.
John Bolton's political death
The US and the Law of Jungle
Tags: basirat ، trump ، zarif
Error Report
0