TEHRAN (Basirat) : Russian President Vladimir Putin and Chinese President Xi Jinping in a joint statement denounced the unilateral sanctions imposed by the United States against Iran and called upon the JCPOA signatories to adhere to their commitments. 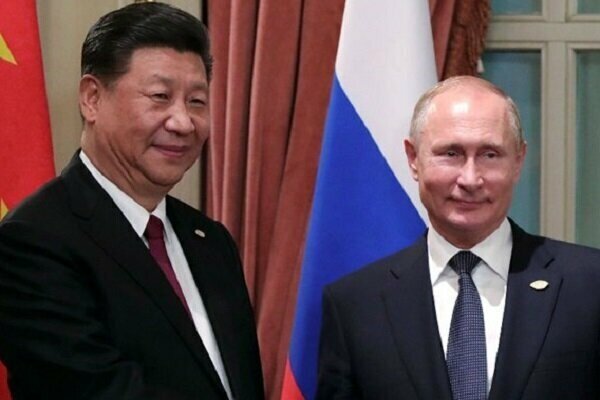 “The sides are pleased to note that the International Atomic Energy Agency (IAEA) confirms in its reports that Iran continues to fulfill its obligations under the JCPOA. The sides also condemn the unilateral sanctions by the USA against the Islamic Republic of Iran,” according to the statement.
“The sides call on Iran to refrain from further steps to cease the fulfillment of its obligations under the JCPOA and call on other members of the JCPOA to fulfill their obligations,” it added, TASS reported on Wednesday.
The Russian and Chinese leaders, who held talks at the Kremlin, also stressed the importance of the JCPOA, reaffirming their commitment to sustainable and unequivocal fulfillment of all obligations under the agreement in accordance with the UN Security Council Resolution 2231 and Article 25 of the UN Charter.
In addition to China and Russia, the European Union (EU) has also expressed its opposition to the U.S. unilateral sanctions on Iran, although European countries have not yet taken any practical steps to implement the JCPOA.
German Foreign Minister Heiko Maas plans to visit Iran next week as Iran has suspended part of its obligations under the JCPOA in protest to a failure by the European Union to offset U.S. sanctions.
According to Reuters, German Foreign Ministry spokeswoman Maria Adebahr said on Thursday that Maas will explore options for preserving the JCPOA.
She added that the trip had been agreed and coordinated with Britain and France, both of which support the deal they signed with Iran.