Tehran (basirat) : Leader of the Islamic Revolution Ayatollah Seyyed Ali Khamenei says the assassination of a top Iranian commander disgraced the US as it had to own up to the "terrorist" action and see its image dealt a blow by Iran's retaliation. 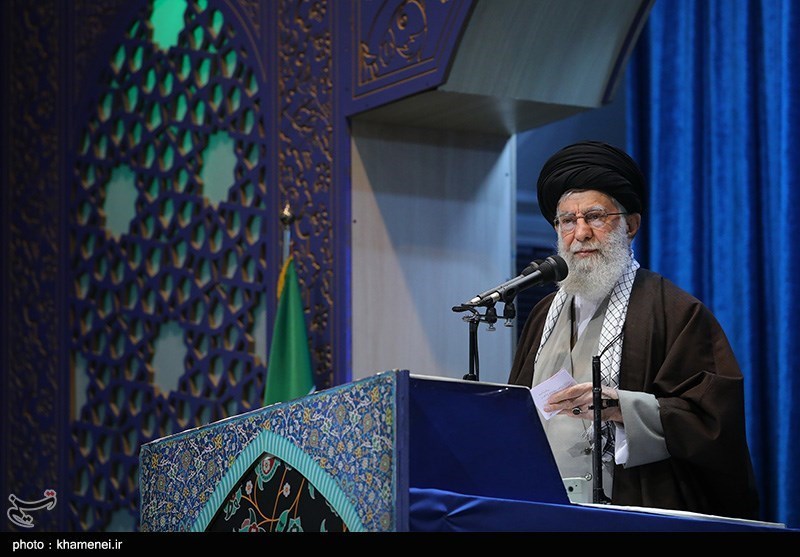 Source:PressTv
Huge statue of Martyr Soleimani to embellish Takestan
The American plot of the 'Deal of the Century' will die before Trump dies.
Ayatollah Khamenei visiting Mausoleum of Imam Khomeini and Martyrs of Revolution
Gentlemen at the negotiating table, terrorists of Baghdad Airport
Today’s events reflect the emergence of a unique phenomenon in the world
New Head of IRGC Quds Force Calls US Source of Wickedness, Mischief
Iran’s Anti-US Resistance ‘Attractive Image’ for World Nations
When the Israelites asked Prophet Moses (pbuh) for an idol!
The region's turbulent situation is due to the corruptive presence of the U.S. and its cohorts
Last night’s action was merely a slap, but the U.S. must leave the region
Imam Khamenei's prayer for Hajj Qasem
The U.S. is taking revenge on Hashd al-Sha’bi for defeating ISIS
Tags: basirat ، imam khamenei ، Ayatollah Khamenei ، General Qassem Soleimani ، day of God ، IRGC
Error Report
1