TEHRAN(Basirat) :The Iranian-made Zafar Satellite, which is scheduled for launch into space on Sunday evening, in a symbolic gesture, will transmit the image of the martyred Iranian commander, Lieutenant General Soleimani, at the start of its mission. 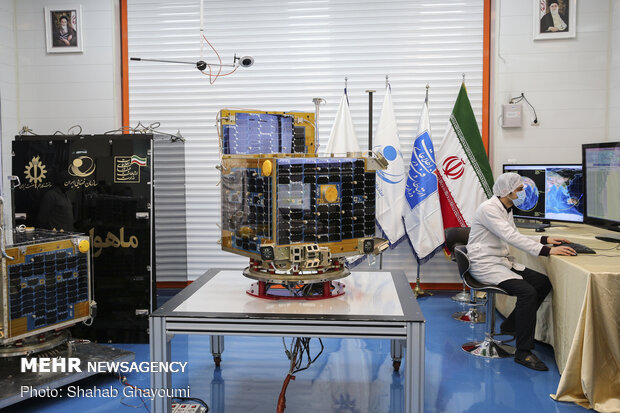 The satellite has been stationed at Semnan’s Imam Khomeini Space Center and will be sent into orbit at an altitude of 530 kilometers by Simorgh launcher later today.
Over 400 recorded voice files of people will also be transmitted by the satellite, once it is put in the orbit.
Zafar is a 90-kilogram remote-sensing satellite equipped with color cameras and can be used for surveying oil reserves, mines, jungles and natural disasters. It will offer images of 22.5-meter resolutions.
Simorgh Satellite Launch Vehicle, also called Safir-2, is an Iranian expendable small-capacity orbital carrier rocket, which was originally scheduled to make its maiden flight in 2010.
Source:MNA
Official: Iran Enjoying Technology to Make Satellite in 9 Months
Iran Ready to Put New Satellite in Orbit
New Iran-Made Satellite Ready to Launch
Iran’s Dousti Satellite to Be Launched Soon: Minister
Tags: basirat ، Zafar satellite ، General Soleimani
Error Report
0