TEHRAN (Basirat) : A senior official at the Islamic Revolution Guards Corps (IRGC) on Friday shrugged off recent comments by US President Donald Trump against Iran and said the Americans never dare to take military action against the Islamic Republic. 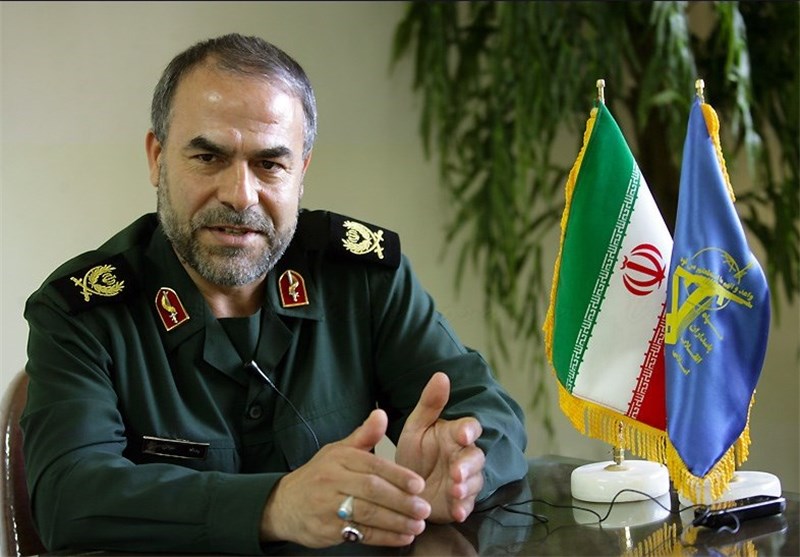 “Negotiations with Americans will not take place, and Americans will not dare to take military action against us,” Lieutenant Commander of the IRGC for Political Affairs Brigadier General Yadollah Javani told the Tasnim News Agency.
“Trump had thought that with the new sanctions and pressures imposed on the Islamic Republic by the US after its withdrawal from the Joint Comprehensive Plan of Action (JCPOA), Iran would face a kind of internal turmoil and would eventually negotiate with the US, but in practice it did not happen,” he added.
“The Americans are in a state of turmoil and anger, and because of their desperation, they have done whatever they can to break the Iranian nation’s 40-year-old resistance,” Brigadier General Javani noted.
The Iranian nation is well aware of “this scene” and considers the US administration as unreliable, the IRGC official went on to say.
Trump said on Thursday that his administration had information Iran was "threatening" the United States, though he provided no details.
"We have information that you don't want to know about," Trump said. But he added that "we don't want to have to do anything."
Trump said he was ready to speak with Iranian leaders and come to an understanding that would allow the country to improve its economic prospects. "What I'd like to see with Iran, I'd like to see them call me."
"I look forward to the day where we can actually help Iran. We're not looking to hurt Iran,” Trump added.

IRGC Deputy Commander Warns of US Intention to Influence Iran through Talks
IRGC Deputy Commander: US Should Leave Region
Trump, Not Iran, Has Reached Deadlock
U.S. warmongering against Iran: The cries of a featherless eagle.
IRGC chief: Iran not after war, but not afraid of one either
US passes phone number to Swiss in case Iran wants to call: CNN
Marchers back nuclear decision
Islamic Revolutionary Guard Corps have 80 Million Members
Enemies with Invalid Threats
America's dread in the West Asia region
The Signs of Declining in the Power of US
Tags: basirat ، IRGC ، yadollah javani ، JCPOA
Error Report
0